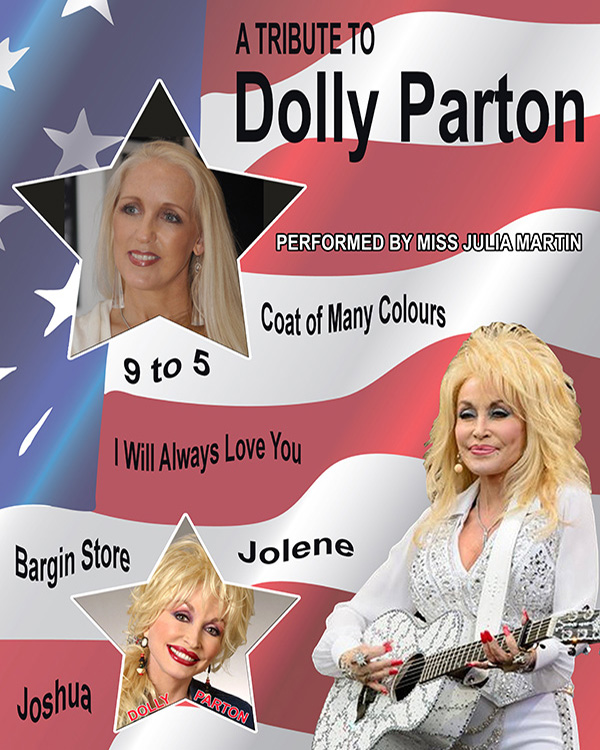 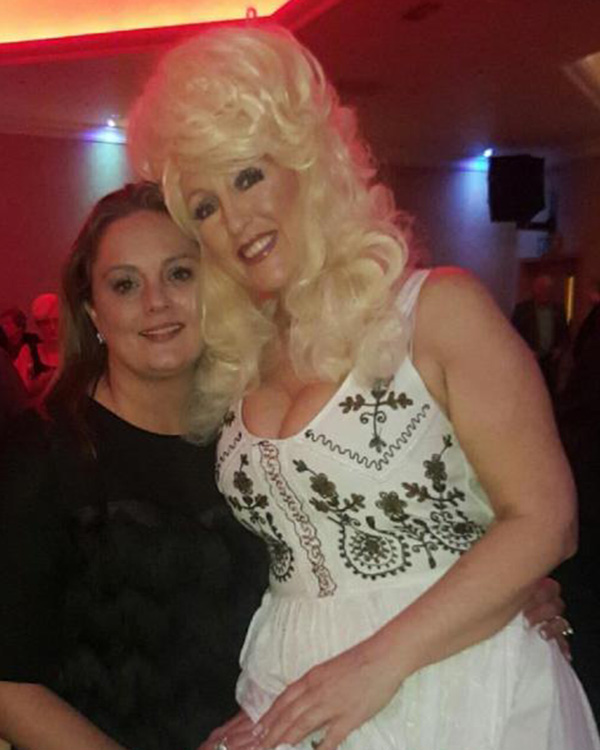 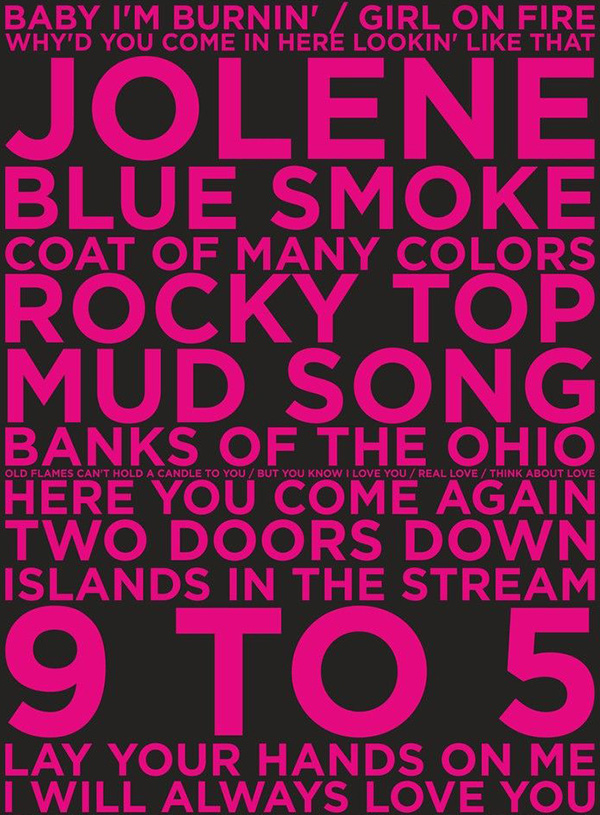 Julia Martin presents the ‘Dollywood to Hollywood Story’ the musical journey from rags to riches, of the undisputed Queen of Country Music’ Miss Dolly Parton.

This foot stomping, hand-clapping show, is Julia’s fastest selling and currently most popular tribute show. From its conception in early 2015 it has already been booked and performed by Julia, around the world, with Julia recently returning from a sell out show in Singapore.

Julia says ‘I have always had a love for Country Music and Dolly has been one of my idols for over 20 years, in fact many of the first songs that I performed when I turned professional were Country and Western classics. In 2014 after Dolly headlined at Glastonbury, I knew that a new energised younger audience had bought into this style of music and I set about developing my own unique style of tribute show to this singing legend’.

Attention to detail, careful research and a commitment to accurately portray Dolly both vocally and visually is what makes ‘Dollywood to Hollywood’ special. Julia becomes Dolly in every way, wig, make-up, fingernails, sequined costumes and of course the famous red lip-stick. But of course, a tribute show is not simply about looking like someone, you have to become that person, you have to be able to step onto stage, capture the audience, and sell the illusion.

Julia, makes this show her own, catapulting it to the top of the Dolly Parton tribute list, where it sits alongside some of the world’s greatest Dolly performers. With vocals direct from the Blue Ridge Mountains of Tennessee, mannerisms that are ‘Pure Dolly’ and a stage presence that commands the room, Julia weaves her magic and delivers a show that when you shut your eyes; Dolly herself is in the room.

The chat between songs is equally convincing, and with split second timing Julia delivers Dolly’s unique ‘one-liners’. Audience engagement is also guaranteed with Julia walking amongst the tables, posing for photographs, handing out tambourines and making every person in the room feel special, without even missing a beat from the songs that she is performing.

When being interviewed by press and television with regard her Dolly tribute show, Julia often refers to how it is important to capture, more than just the voice, because Dolly is charismatic, funny and humble all rolled into one. In her autobiography, Dolly talks about her younger life, a time when she was only 7 years old, and describes her early singing experience with… “I would even occasionally perform for the chickens, pigs, and ducks. They didn’t applaud much, but with the aid of a little corn, they could be counted on to hang around for a while”. Julia loves this humorous side of Dolly and works hard to include it within her Dolly tribute show.

WHAT SETS THIS SHOW APART

A number of unique trademark features within this show are what elevates this show to a ‘World-Class Production’, placing it firmly alongside the top Dolly Parton tribute shows on the market today. Julia’s vocal range, movements and mannerisms are just ‘Pure Dolly’ and when you add, lighting fast costume changes and Julia’s unique ability to communicate, interact and entertain her audience, you can understand why clients all over the world want to book Julia to perform. But please don’t just take our word for it, read what our clients and guests have to say.

“What an amazing Dolly show, you lived and breathed Dolly and you had the whole room in your hands. You got everyone to join in, such a good night and such a talent”.Love Jeanette x – Waddington Lincolnshire

“Julia, we all thought the Dolly show was amazing, super fantastic and you took the time to say hello to all your guests”.Love Gill – Manchester

“Excellent, what a fab tribute night, the best Dolly I have ever seen. Close your eyes and you were listening to the real Dolly”.Trish – Scarborough

“I don’t think Dolly could have put on a better show”.Bob Thompson – Newcastle

“What a fantastic evening of entertainment, Julia you gave us the best Dolly night ever, absolutely brilliant, the real thing. Thanks so much”.The Events Team – National Holidays

Thank you for taking the time to visit my Dolly Parton Tribute page, I hope you found it interesting. Please keep checking back from time to time and visit the ‘Latest News’ link to be kept up-to-date on all my travels and adventures. I can accommodate all types of bookings, be it small or large events. I have performed to just 12 members of an overseas Royal Family in a private suite in the Dorchester Hotel, London, right up to an outdoor stadium of 20,000 people.

I welcome all enquires both home and overseas, and when travelling abroad, be it anywhere in the world, I travel on my own to keep the clients costs down. Dolly may travel with an extensive entourage, but I am very grounded in offering my clients exceptional value for money and I would not burden them with additional travel costs for extra people.

I hope to hear back from you, and if you have seen me before and wish to leave a comment, send one back via the contact form below, or go to my GUEST BOOK page, featured in the main menu bar at the top of the page.

PLEASE GET IN TOUCH